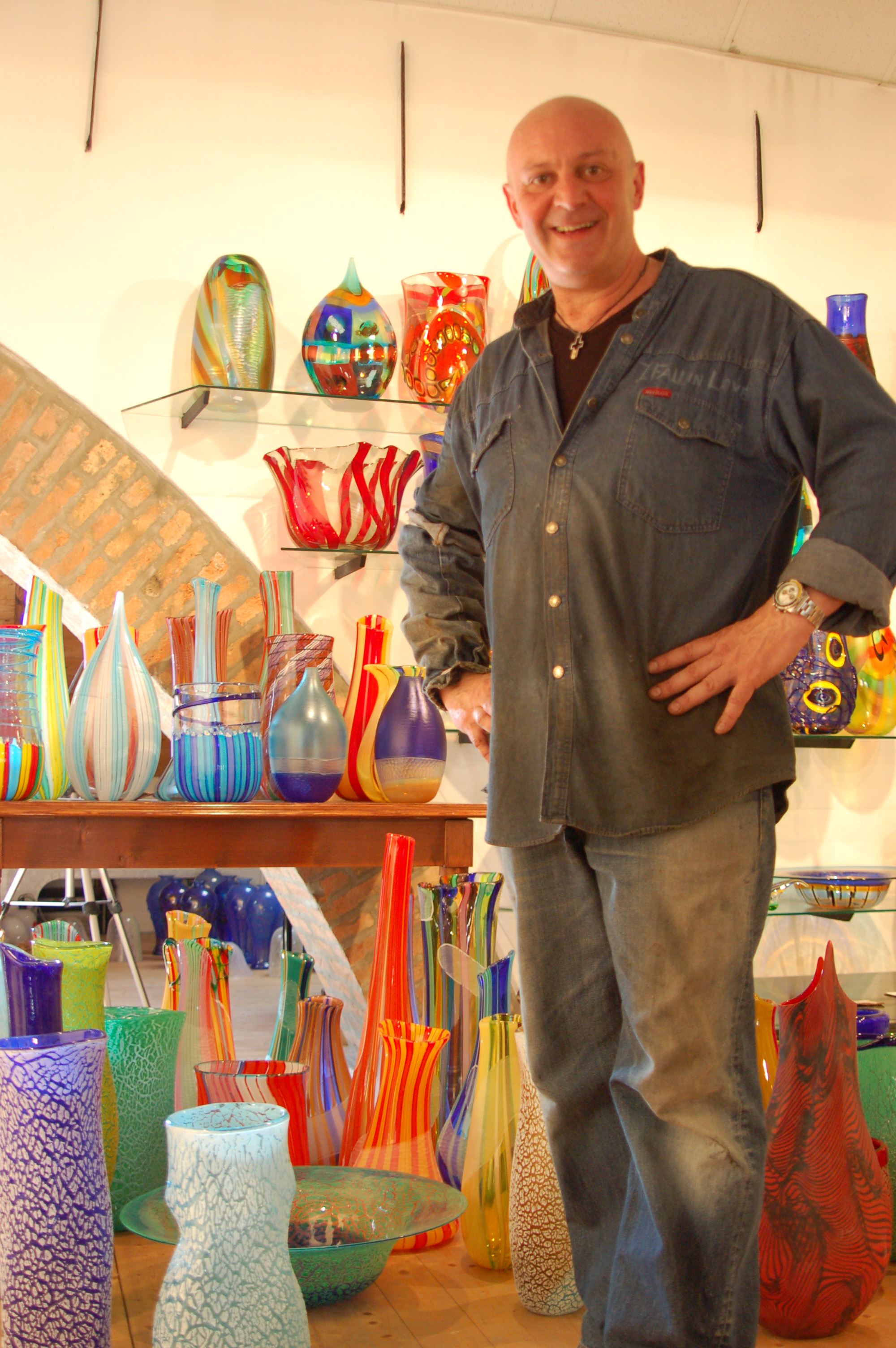 Glassmaster Afro Celotto was born in Venice, on the island of Burano, on August 24th 1963. Far more peaceful and less crowded than other islands in Venice, Burano is known for the houses painted in bright colours by the local fishermen, who could thus identify their own house from the sea.

During his childhood, surrounded by colour, Afro developed a unique sensitivity that blended with his innate sense of art. He began to work with glass when he was only 14, as an apprentice to the legendary Lino Tagliapietra. During the 12 years he worked as his assistant, Afro had the opportunity to learn from one of the greatest living glass masters. During those years, Afro produced some of the finest artistic glass works at the international level, recognized by collectors for his technical skill and artistic expression. After many years working at “Effetre International”, Afro perfected the murrina technique, specializing in two of the most ancient techniques: filigrana and murrina. Four years later, Afro returned to “Effetre International” to replace Lino Tagliapietra, who had moved to the United States to open his own studio. In the year 2000, Afro opened his own studio where he began to create brand new art works, refining his own style. Around 2004 he rose to fame with art works based on a combination of classical and modern techniques in colourful shapes, in great demand from collectors and galleries around the world.

He has also worked with the great Pino Signoretto, the glass master famous for his “heavy glass” sculptures, a member of “Team Dale Chihuly”. In 2009, he began to develop new shapes and colours, raising his collection to a superior level.